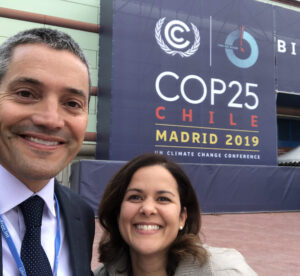 World leaders just met in Madrid, Spain as scientists shared new indications of our planet in crisis. The report is cause for new alarm and concern, but as I experienced in Madrid, it is also galvanizing new urgency across the globe.

On behalf of Governor Newsom, CalEPA Secretary Jared Blumenfeld, California Energy Commissioner Andrew McAllister and I helped to lead a delegation of California government, business and non-profit leaders to the COP25 in Madrid to share our Golden State’s story of climate leadership. Four key climate leaders from our State Senate and Assembly also helped lead our efforts in Madrid.

California is part ​of an ambitious coalition of subnational states, provinces, and cities that are taking aggressive action to combat climate change. While we don’t play a role in the formal negotiations among nation-states at the center of the COPs – the “Conference of Parties” in United Nations speak— our subnational governments are showing how to tackle the climate crisis through real progress on the ground.

We are not going to save the planet without bold leadership from both national and subnational governments. The Under 2 Coalition, the US Climate Alliance and C40 Mayors highlighted this subnational leadership at the COP.

Here are seven brief reflections I have on the COP convening:

California benefits from a remarkable set of leaders across business, academia, and non-profit groups who are committed to a carbon-neutral California for all. These voices were aligned in Madrid and closely listened to by the international community. Together, we are collectively showing the world what needs to be done and learning a lot along the way.

There is so much important work ahead given the state of the climate crisis. Onward! 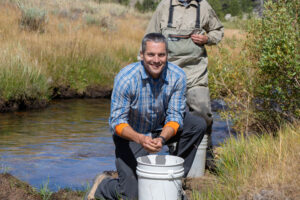